Cited for “her consistently high artistic standards, her energetic podium style, and her innovative programming,” Music Director Barbara Schubert was honored by the Illinois Council of Orchestras as the 2003 Conductor of the Year. Appointed at the beginning of the 1986-87 season as only the second music director in the DSO’s history, Maestra Schubert also serves as Music Director and Conductor of the University of Chicago Symphony Orchestra and New Music Ensemble, and of the Park Ridge Fine Arts Symphony. With a performed repertoire of over 2,500 works, she brings a wealth of musical knowledge of and experience to the podium, and continues to lead the DSO with energy, artistry, and imagination.

Schubert began her conducting career while a student of music and mathematics at Smith College. She did graduate work in Music History and Theory at the University of Chicago and studied conducting with Otto-Werner Mueller, Thomas Briccetti, Charles Bruch, and Iva Dee Hiatt. She has been a participant in many professional conducting workshops with such renowned maestros as Max Rudolf and Pierre Boulez. 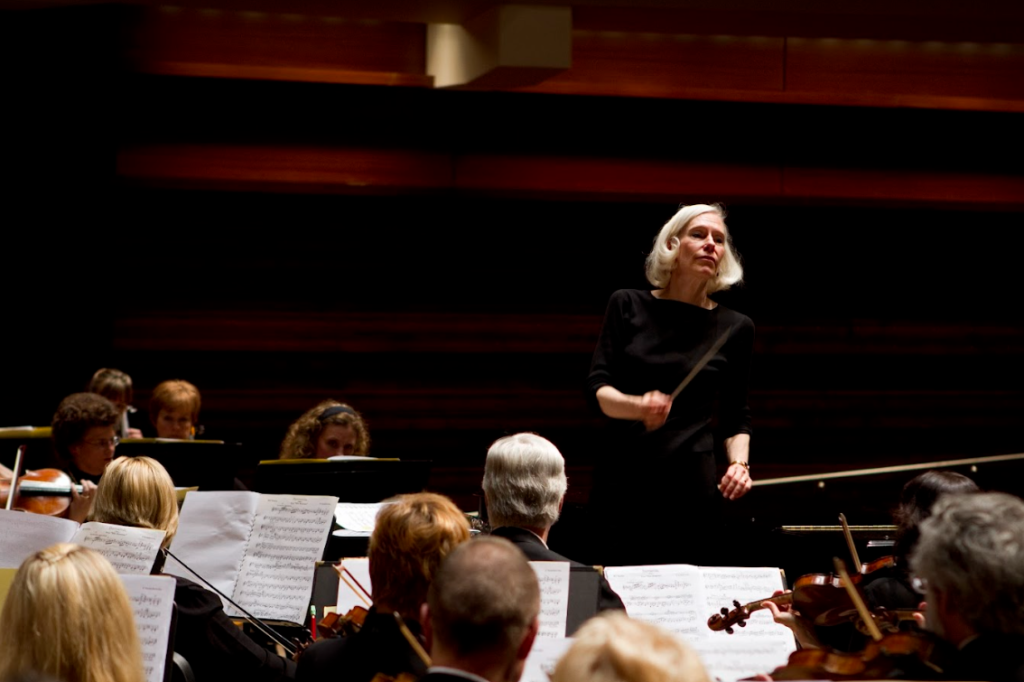 As winner of the 1982 American Conductors Competition, Barbara Schubert served two seasons as Assistant Conductor of the Colorado Philharmonic Orchestra. In the summer of 1985 she was selected for the Tanglewood Seminar for Conductors, where she studied with Seiji Ozawa, Leonard Bernstein, Kurt Masur, and Gustav Meier. She has appeared as a guest conductor with numerous professional ensembles in the Chicago area, including the Grant Park Symphony, the Contemporary Chamber Players, the Lyric Opera for American Artists, the Chicago Youth Symphony Orchestra, the Oak Park Symphony, the Chicago Camerata, and Light Opera Works. She has also a guest conducted a variety of district and all-state festival orchestras around the country, and both community and professional orchestras throughout the Midwest.
Schubert is a past President of the Conductor’s Guild, an international service organization of nearly 2,000 members that is dedicated to “encouraging and promoting the highest standards in the art and profession of conducting.” Known throughout the Chicago area as an orchestra builder, she has dramatically increased the quality and the scope of the symphony orchestras she directs. A champion of new music, Schubert has conducted a large number of world premieres with both amateur and professional ensembles, and has introduced a wide assortment of unusual repertoire and collaborative events to Chicago audiences.

Inspiring the Next Generation!